When President Barack Obama dropped by Lawrence Summers’s going-away party in 2010, he presented his National Economic Council director with a pair of suspenders, a  to help Summers hold up his perpetually sagging trousers.
The gesture was meant to tease Summers, known inside the West Wing for a mix of awkwardness, abrasiveness and brilliance, according to current and former administration officials, who say Obama regards him with both affection and exasperation.
Enlarge image

Federal Reserve Vice Chairman Janet Yellen smiles before speaking at the American Economic Association's annual meeting in San Diego, on Jan. 4, 2013. Photographer: Sam Hodgson/Bloomberg
As Obama ponders a potential successor to Federal Reserve Chairman Ben S. Bernanke, his familiarity with Summers, 58, may give his onetime adviser an edge over Fed Vice Chairman Janet Yellen, whom Obama has scarcely met, the officials say.
Obama considers whether he “has a relationship with the person he’s about to name,” said former Chief of Staff Rahm Emanuel. “I wouldn’t call it the factor, but it’s a factor.”
Weighing against that advantage for Summers is a backlash within the Democratic Party against his role in President Bill Clinton’s Treasury Department in financial deregulation, which some say contributed to the 2008 market crisis. Those misgivings were underlined last week by a letter that Senate Democrats sent to Obama urging him to choose Yellen.
Summers’s record from those days clashes with Obama’s own argument that deregulation efforts by past administrations helped trigger the worst slump since the Great Depression -- and has exacerbated income inequality.
The president refreshed those themes last week at a speech in Galesburg, Illinois. “This growing inequality is not just morally wrong, it’s bad economics,” he said. “Reversing these trends has to be Washington’s highest priority.”

While Obama has been making the case that it’s mainly the highest-income earners who have thrived, he doesn’t fault Summers for the growing income gap, the officials say.
Few were finding fault with Summers when he was in Clinton’s Treasury Department.
In 1999, Summers, then-Fed Chairman Alan Greenspan and Treasury Secretary Robert Rubin were celebrated as “The Committee to Save the World” on the cover of Time magazine, praised for easing the Asian financial crisis with free-market solutions and generating growth of about 5 percent in the U.S.
Yet critics such as Nobel economist Joseph Stiglitz said their model of unfettered capitalism ultimately failed.
The year before they were in Time magazine, they blocked efforts by Brooksley Born, then-chairman of the Commodity Futures Trading Commission, to regulate the derivatives market, which expanded to include the toxic instruments that later almost brought down the financial system. Summers also pushed for the repeal of the Glass-Steagall Act, the Depression-era law separating commercial and .

Summers’s  might also spur opposition to his candidacy. Citigroup Inc. (C) said Friday he has been a paid consultant since at least 2012. Danielle Romero-Apsilos, a spokeswoman for the New York-based lender, declined to say how much compensation he receives. The Fed is one of the primary regulators of the nation’s lenders.
The Wall Street Journal reported the arrangement earlier on July 26 and said Summers also works for Nasdaq OMX Group Inc. and the Andreessen Horowitz LLC venture capital firm.
Summers, who replaced Rubin as Treasury secretary in 1999, has also worked at hedge fund D.E. Shaw & Co., where he was paid more than $5 million over 16 months before returning to the public sector to head Obama’s National Economic Council.
After Obama enlisted him during the financial crisis in 2009, Summers pressed for more fiscal stimulus and worked with Congress to write the Dodd-Frank law, the most sweeping financial-market controls in seven decades.

Other Democrats are less forgiving of Summers. About a third of the 54-member Senate Democratic caucus signed the letter endorsing Yellen, 66, for the top Fed post, according to three Senate aides who asked not to be identified. The letter, a copy of which was obtained byBloomberg News, cited her “solid record as a bank regulator” and “willingness to challenge conventional wisdom regarding deregulation.” The letter doesn’t identify any other candidate, including Summers.
A Summers spokeswoman, Kelly Friendly, declined to comment for this article.
Yellen, as president of the San Francisco Fed, was one of the only members of the Federal Open Market Committee to warn about the fallout from a collapse in housing. At a 2007 Fed meeting, she said the biggest risk to economic growth was housing, which she called the “600-pound gorilla in the room.”

Yellen was never swept up in the deregulatory fervor of the 1990s, according to Fed staff who worked with her.
“She cared about supervision and regulation at a time when a lot of economists, even at the Fed, had the view that the financial system, subject to market discipline, would take care of itself,” said Rich Spillenkothen, who served as the Fed’s top regulator from 1991 to 2006.
Yellen stayed in regular contact with regulatory staff at the Fed’s board of governors even after she returned to the San Francisco Fed in 2004. “She would get on calls with us when she was the only Federal Reserve Bank president on the call,” said Deborah Bailey, a former deputy director of bank supervision and now a director at Deloitte & Touche LLP.
For such a high-profile appointment, Obama must decide whether the familiar Summers -- who won the privilege to directly e-mail the president’s BlackBerry after being passed over for the top Fed post in 2009 -- is worth a confirmation fight. He also must ponder whether to skip a chance to make history: Yellen would be the Fed’s first female leader since its founding 100 years ago.

Bernanke, whose second four-year term expires Jan. 31, hasn’t indicated whether he’d seek or accept a third term. Obama praised the chairman last month and said he has served “longer than he wanted.”
Obama said in an interview with the New York Times on July 24 that he has narrowed his choice for a successor “to some extraordinarily qualified candidates.”
“I think you can anticipate that over the next several months, an announcement will be made,” Obama said, according to a transcript published on the newspaper’s Website.
House Democratic Leader Nancy Pelosi of California said that while Summers and Yellen are both well-qualified, “it would be great to have a woman.” Pelosi was interviewed on Bloomberg Television’s “Political Capital with Al Hunt,” which aired over the weekend.

Heating up the discussion over gender is Summers’s history before he joined the Obama White House. He resigned as president of Harvard University in 2006 after apologizing for remarks in which he hypothesized that women might inherently be weaker than men in the sciences.
Some Republicans, including Senator Charles Grassley of Iowa, the ranking member of the Judiciary Committee, have indicated they will use confirmation hearings as an opportunity to challenge the administration on the Fed’s monetary policies. The central bank is debating now when to slow down its $85 billion a month in asset purchases.
“Anyone is going to be controversial for Republicans, but as one of the prime authors of Obama’s economic-stimulus plan, he is perhaps the most polarizing figure who has a chance of being nominated,” Anne Mathias, head of global macro research at Guggenheim Partners Investment Management, said of Summers.

Under Bernanke, the Fed has taken unprecedented steps to lower an unemployment rate that has been above 7.5 percent for 54 months. As he has sought to provide liquidity for the economy and lower interest rates, the Fed’s balance sheet has grown to $3.57 trillion from $835 billion when he took office in 2006.
The current 7.6 percent jobless rate is little changed from when Summers took over in January 2009 as Obama’s top economic adviser. In that role for two years, he gave Obama a daily briefing. They also played golf and tennis, forging their personal relationship.
A friendly Obama victory in a game of doubles at the presidential retreat at Camp David, Maryland, in the summer of 2009, led to a classic Summers conclusion: Adjusted for age and weight, the economist told other cabinet members, he was probably the superior tennis player, according to one official.
While Summers antagonized some White House officials, including senior adviser Valerie Jarrett, he has far more internal advocates than Yellen, who lacks personal ties with Obama’s inner circle.
Among Summers’s allies are Jason Furman, the incoming chairman of the Council of Economic Advisers; Gene Sperling, director of the National Economic Council; U.S. Trade Representative Mike Froman, and Brian Deese, deputy director of the Office of Management and Budget, according to officials.

Summers remains close to former Treasury Secretary Timothy Geithner and traveled to Florida for a weekend of tennis with him this March, according to a person familiar with the matter.
Since she became vice chairman of the Fed in 2010, Yellen has visited the White House just once, for lunch with Alan Krueger, the departing head of the Council of Economic Advisers, according to White House visitors’ logs. Krueger is also a tennis partner of Summers.
Obama was impressed after his first conversation with Yellen, a telephone briefing about the collapse of Bear Stearns in 2008 when she was the San Francisco Fed president. But he has had little opportunity to develop a connection to her since.
Yellen was a University of California, Berkeley, economics professor who specialized in labor market research before serving as chairman of Clinton’s Council of Economic Advisers.

Summers worked in the Clinton administration throughout both terms. After he joined Obama’s White House in 2009, he was passed over for the Fed chairmanship when Obama decided to reappoint Bernanke in August of 2009. Smarting over the decision, Summers phoned Emanuel on his vacation for a discussion that led to increased presidential access.
Among the pleas that Summers made: a seat at the table at cabinet meetings, a chauffeured car, and Secret Service protection, according to the officials.
“I would characterize them as requests, not demands,” said Emanuel, who declined to enumerate all the specific ones that Summers made. “He did want to be at the cabinet table,” he said. “If I’m not mistaken, that was granted.”
Summers’s petition for a so-called “portal-to-portal” service wasn’t allowed. The White House’s supply of car-and-drivers had already exceeded demand.
To contact the reporter on this story: Hans Nichols in Washington at hnichols2@bloomberg.net
To contact the editor responsible for this story: Steven Komarow at skomarow1@bloomberg.net
Posted by firesprinklers at 11:23 PM No comments:

Is Obama About to Make a HUGE Mistake With the Federal Reserve?

A Shuffle of Aluminum, but to Banks, Pure Gold 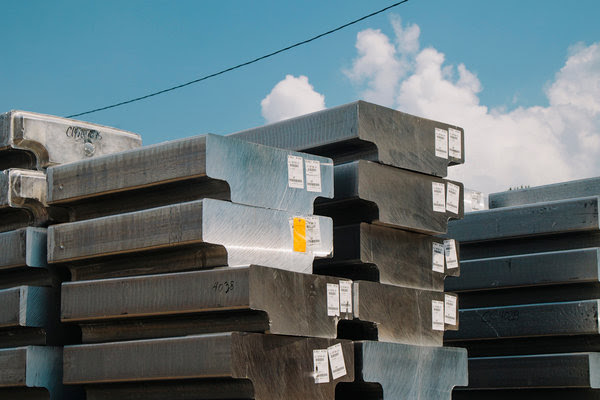 David Walter Banks for The New York Times
Aluminum ingots waiting to be shipped from a processor. Financial institutions like Goldman Sachs have used industry pricing regulations to earn millions of dollars each year.

MOUNT CLEMENS, Mich. — Hundreds of millions of times a day, thirsty Americans open a can of soda, beer or juice. And every time they do it, they pay a fraction of a penny more because of a shrewd maneuver by Goldman Sachs and other financial players that ultimately costs consumers billions of dollars.

Money in Every Can

One of Metro International's 27 warehouses near Detroit.
Enlarge This Image 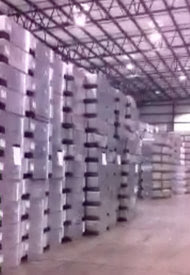 Aluminum at a Metro International warehouse in Michigan.
Enlarge This Image

A furnace at a Novelis aluminum processing plant in Greensboro, Ga. The company is one of the largest buyers of aluminum in the country.
Enlarge This Image

Nick Madden, chief procurement officer for Novelis. He said the London Metal Exchange had for years tolerated delays and high premiums, so its proposal, while encouraging, was still a long way from a solution.

A version of this article appeared in print on July 21, 2013, on page A1 of the New York edition with the headline: A Shuffle of Aluminum, But to Banks, Pure Gold.

Posted by firesprinklers at 2:42 PM No comments: