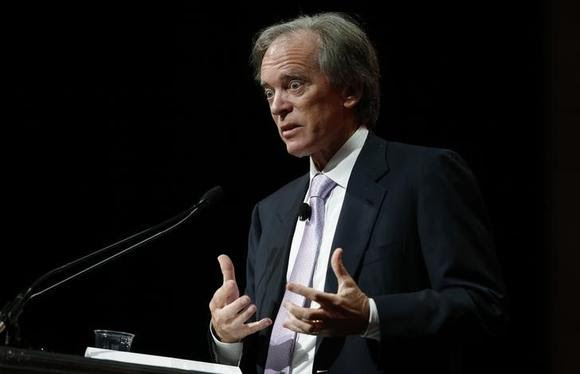 (Reuters) - Bill Gross, the bond market's most renowned investor, quit Pimco for distant rival Janus Capital Group Inc on Friday, the day before he was expected to be fired from the huge investment firm he co-founded more than 40 years ago.
Gross, 70, had been clashing with the firm's executive committee and had threatened to resign multiple times, a source familiar with the situation said. The committee had planned to accept his latest resignation from the post of chief investment officer on Saturday.
The surprise development, which rattled the U.S. bond market, came the day before Pimco and its parent, German insurer Allianz SE, planned to dismiss Gross, the source said.
Gross will manage the Janus Global Unconstrained Bond Fund beginning on Monday, Janus said in a statement. The fund, started in May, has just $13 million in assets.
Dan Ivascyn, one of Pimco's deputy chief investment officers, is expected to replace Gross, who according to Forbes has a net wealth of $2.3 billion, a source familiar with the matter said.
"Pimco and Bill Gross are synonymous," said Todd Rosenbluth, director of mutual fund research at S&P Capital IQ. "It will be extremely hard to think of Pimco and Bill Gross as separate, and it will take time for investors to realize that he no longer is going to play a role at one of the world’s largest fixed income managers."
PERIOD OF UPHEAVAL
The departure is the latest twist in a tumultuous year for Gross, long dubbed "the bond king" for his prowess in fixed-income investing, and for the firm he helped build into a $2 trillion powerhouse since co-founding it in 1971.
Earlier this year, his co-chief investment officer, Mohamed El-Erian, left Pimco, causing a highly public falling out between the two long-time colleagues. El-Erian remains at Allianz.
Gross' flagship Pimco Total Return Fund, the world's largest bond fund, with more than $220 billion in assets, has suffered nearly $70 billion of investor withdrawals over the past 16 months, while its performance has lagged its peers and the wider bond market.
His departure could lead investors to pull hundreds of billions of dollars in assets from Pimco and invest it with Janus, a Morningstar analyst said.
Pimco had prepared investors for the possibility of succession as recently as two weeks ago, said Karissa McDonough, a fixed income strategist at People’s United Wealth Management.
“They were trying to reassure us by driving home the point that they’re not so dependent on Bill Gross anymore,” McDonough said.
The departure also comes within days of news that the U.S. Securities and Exchange Commission was investigating whether a popular Pimco exchange-traded fund that Gross ran and that was launched to mimic the strategy of the much larger Pimco Total Return Fund, had artificially inflated returns.
The probe is not related to Gross' resignation, a spokeswoman for Allianz said.
Shares of Allianz fell more than 8 percent in German trading.
The news also sent yields of U.S. Treasury bonds higher and prices lower. Analysts said traders sold Treasuries on bets investors would pull cash from Pimco.
The impact was also felt in the niche market of inflation linked bonds known as Treasury Inflation Protected Securities (TIPS), where breakevens - the difference in yield between TIPS and a comparable maturity treasury - were narrower across the curve, denoting an underperformance of TIPS.
According to the latest public data, PIMCO owned $79.8 bln of TIPS and was the largest holder in 25 of the 38 outstanding issues, according to Thomson Reuters publication IFR.
JANUS' TRIUMPH
Gross' move was seen as a huge coup for Janus, which has less than $180 billion in assets under management, less than the Total Return Fund and a fraction of Pimco's total assets.
Janus shares were up nearly 38 percent, or $4.19, at $15.30 in late afternoon trading on the New York Stock Exchange.
"I look forward to returning my full focus to the fixed income markets and investing, giving up many of the complexities that go with managing a large, complicated organization," Gross said in a statement.
Gross said he had chosen Janus because of his longstanding relationship with Chief Executive Richard Weil, who spent 15 years at Pimco before taking his current job in 2010.
Gross had also considered joining DoubleLine Capital. The investment firm's head, Jeffrey Gundlach, said he had met with Gross last week to discuss a possible role there.
Gross will be based in a new Janus office to be set up in Newport Beach, California, where Pimco is based.

Posted by firesprinklers at 4:24 PM No comments:

The banksters are at it again. The Wall Street Journal says there’s dirty dealings going on, with many popular credit card comparison sites lying to you when you go to pick the best credit card.
Following the CARD Act of 2009, comparison shopping for credit cards became so easy; the whole thing was made to order for the Internet. So people set up slews of credit card comparison shopping sites.
But The Wall Street Journal reports the banks that control the bulk of our nation’s credit card portfolio have intimidated the credit card shopping sites with threats of lawsuits if they publish a bad review and by dangling advertising dollars in front of them for top billing on those sites.
The fix was in. And little by little, one site after another became worthless if you were looking for objective recommendations. Now when you go online to a comparison site, in many cases, the info is manipulated.
Six popular sites show credit cards that they get paid to show, according to the newspaper report. This is some ugly, crooked, dishonest stuff. And it completely perverts the original intention of the sites.
That got me thinking: What about CreditCardTuneUp.com? That’s the site I routinely recommend to you for research when you want to find out about credit card offers.
So we asked them point blank if they’re controlling listings based on what they get paid by the big banks. Unequivocally not, they said.
In fact, after we talked, CreditCardTuneUp added the following advertiser disclosure front and center on their website:
“The majority of the card offers that appear on this site are from companies from which Credit Card Tune-Up receives a commission for new cardmembers (e.g. Discover, Barclays, Simmons), though several offers are from companies with which there is no such partnership (e.g. Fidelity, PenFed, Navy FCU). However, these commissions do not impact how or where products appear on this site, including the order in which they appear. The Credit Card Tune-Up calculation engine does not include all card companies or all card offers available in the marketplace.”
So there you have it. I will continue to recommend CreditCardTuneUp in good faith. And about the other sites mentioned in The Wall Street Journal article, I’m bummed to have found out that they’re so disingenuous.
About Clark Howard
Find more answers to your consumer questions, plus Clark Howard’s book “Living Large for the Long Haul,” at ClarkHoward.com.


Posted by firesprinklers at 9:29 AM No comments:

Nomi Prins, a former managing director at both Bear Stearns and Goldman Sachs and a former analyst

Nomi drops bombshell after bombshell that would leave the criminal cabal that’s bankrupting America and the world shaking in their shoes if ONLY every American had the opportunity to hear her speak and read her new book, “All The Presidents’ Bankers”, leading to Dan say we’d all be living in a different world if everyone knew what Nomi knows.

Posted by firesprinklers at 9:23 PM No comments: 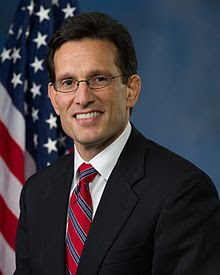 In what is probably a surprise to no one, former House Majority Leader Eric Cantor has gone to Wall Street in the aftermath of his primary election defeat. Cantor will be working for Moelis & Co as vice chairman and managing director despite having little on his resume to justify the position.
For his largely ceremonial role he will be given $1.4 million in cash and stocks up front and receive a salary of $400,000 a year. Cantor will then receive $1.6 million in incentive cash and stocks in 2015 according to an SEC filing reviewed by The Hill.
Pretty nice pay day for a small town country representative. And like Citigroup had with Jack Lew, there is a nice provision for Cantor should he like to swing back through the revolving door.

The contract allows Cantor to leave the company after two years without a pay penalty to “take a full-time elected or appointed position in federal government, state government, or a national party.”

And of course those millions Cantor will receive in those two years will never influence how he treats Moelis & Co should he return to public office. Never.
Cantor has no real investment banking experience but he does understand influence peddling and insider dealings – so maybe not such a bad fit after all. And what does Wall Street get? Greater access to the inside of the Republican Party and another generation of party leaders. And as Wall Street learned during 2008, you can’t put a price on having powerful friends who can issue you a blank check backed by taxpayers. Giving Cantor this money is an investment that has already proven priceless in the past, at least until the Federal Reserve admits how much money it shoveled to the banksters.
In any case, what’s a few million dollars compared to the potential billions in bailouts that could be coming? Wall Street knows its business.
Photo by US House of Representatives under public domain.


Posted by firesprinklers at 11:07 PM No comments:

Levine on Wall Street: The Mystery of Mortgage Fraud


Posted by firesprinklers at 5:12 PM No comments: