IN MONEY · 12-03-2015 14:17:00 · 0 COMMENTS
The Espírito Santo case is the biggest example “anywhere in the world” of the bad functioning of the banking system, Marc Roche, the author of the book, ‘Banksters – A journey to the underworld of bankers’ said during its launch this week in Lisbon. 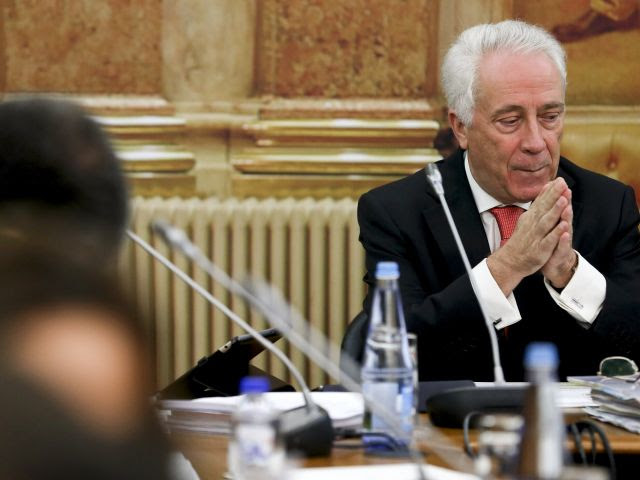 “I think Espírito Santo is the case that amplifies everything, even on an international level. It symbolises everything that is wrong
in the financial world and is the worst case because it is about a big bank in a small country”, the former journalist at titles such as Le Soir and Le Monde argued in the Portuguese capital.
In his book Banksters, he has dedicated an entire chapter to Banco Espírito Santo (BES).
Marc Roche highlights the strong connections the bank enjoyed with politics, saying it was a dynasty which was essentially above the law.
“This is the worst case I have ever seen and takes place in a country which is suffering because of austerity”, explains the researcher.
He further laments the fact “that all banks involved in scandals since 2008 have not lost a single cent. But citizens have lost as they were the ones who had to bear the burden of austerity to save the banks.”
The Belgian author also singles out Bank of Portugal Governor Carlos Costa, saying he is “immoral and arrogant”, saying he should have been fired or handed in his resignation for failing to ask his “friends” in the banking world the right questions when alarm bells first started ringing.
Posted by firesprinklers at 9:29 PM No comments: 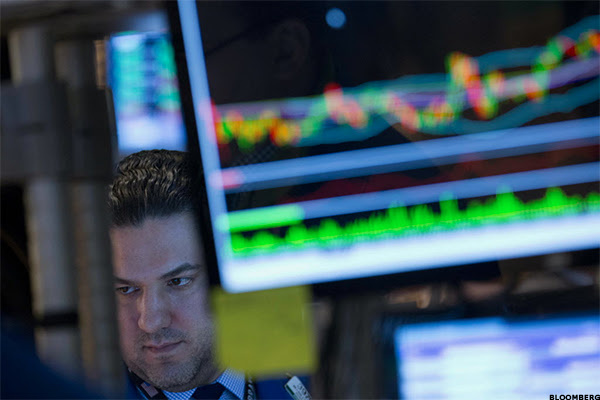 NEW YORK (TheStreet) -- Shares of Ocwen Financial Corp. (OCN - Get Report) are down by 6.53% to $8.16 in early afternoon trading on Thursday, one day after the financial services company announced that it is once again delaying its expected filing of its annual report.
The mortgage company said it's continuing to review the ability of its Home Loan Servicing Solutions Ltd. affiliate to fund new servicing advances and cautioned that failure may have material negative impact on its financial condition, the Wall Street Journal reports.
Ocwen is expecting to file its annual report by Monday, but had previously received an extension through Tuesday of this week, the Journal noted.
Additionally, Ocwen announced that its subsidiary, Ocwen Loan Servicing LLC., has reached an agreement for the sale by Ocwen of residential mortgage servicing rights on a portfolio consisting of approximately 55,500 largely performing loans owned byFreddie Mac (FNMA) with a total principal balance of approximately $9.6 billion toGreen Tree, an indirectly held, wholly owned, subsidiary of Walter Investment Management Corp. (WAC).
Separately, TheStreet Ratings team rates OCWEN FINANCIAL CORP as a Hold with a ratings score of C-. TheStreet Ratings Team has this to say about their recommendation:
"We rate OCWEN FINANCIAL CORP (OCN) a HOLD. The primary factors that have impacted our rating are mixed-some indicating strength, some showing weaknesses, with little evidence to justify the expectation of either a positive or negative performance for this stock relative to most other stocks. The company's strengths can be seen in multiple areas, such as its reasonable valuation levels, good cash flow from operations and expanding profit margins. However, as a counter to these strengths, we also find weaknesses including a generally disappointing performance in the stock itself, deteriorating net income and disappointing return on equity."
Highlights from the analysis by TheStreet Ratings Team goes as follows:
Posted by firesprinklers at 7:27 PM No comments:

"I don't think it's a system that's broken," said Fed Chair Janet Yellen, pushing back
against calls by Congress to change the central bank's structure.

WASHINGTON — Federal Reserve Board Chair Janet Yellen acknowledged Wednesday that there was little the central bank could directly do to change the culture at big banks caught up in market manipulation and other scandals.
Speaking during a press conference after a meeting of the Federal Open Market Committee, Yellen said it was "very disappointing to see what have been some really brazen violations of the law," and she appeared hesitant to offer new concrete actions the central bank could take to tackle the admittedly nebulous idea of culture.
"While changing the culture of organizations is not something that we can achieve through supervision, we will make sure that the banks that we supervise have appropriate compliance regimes in place," she said.
The Fed and other bank regulators issued a proposal in 2011 that would restrict executive compensation at banks, but Yellen declined to offer a timeline on when it might be finalized. Instead, she suggested it may be unnecessary because regulators can use their existing authority to combat incentives that lead to excessive risk-taking.
"Our supervision covers that topic now," Yellen said. "And we have seen, I think, meaningful changes already in the structure of compensation in banking organizations to diminish ways in which it might incent risk taking."
Bank culture remains a topic of substantial concern among global regulators. Investigators have uncovered several scandals in recent years, including bank manipulation of the Libor interest rate benchmark in 2011 and 2012, followed by more recent revelations of the manipulation of foreign exchange benchmarks and the precious metals market. They have heightened concerns that the largest players are colluding to steer markets to their advantage rather that provide valuable services.
The United Kingdom's Financial Conduct Authority last year proposed a roadmap to improve market competition to address concerns around culture, called the Fair and Effective Markets Review. That proposal outlines a code of conduct for market participation and a number of methods of achieving and monitoring compliance.
The executive compensation proposal is the only comparable action unveiled so far in the U.S., and it focuses primarily on limiting firms' ability to reward or incentivize disruptive market behavior. Yellen said that kind of activity is something that the Fed will "look for in our supervision as well."
Yellen also pushed back against the idea that the central bank is too opaque, saying that the Fed is "already one of the most transparent central banks of any around the globe," as evidenced by the availability of bank balance sheets, regular testimony in Congress and the holding of regular press conferences. Yellen went on to reiterate her opposition to any efforts in Congress to change or bind the Fed or the FOMC in its regulatory or monetary policy decisions, including changing the overall structure of the central bank.
"I don't think it's a system that's broken," Yellen said. "Congress can revisit the decisions that [it has] made about the structure of the Fed. There were good reasons for making the decisions that were made about how to structure voting and other things, but … I don't see a need for changes."
The FOMC in its March 17-18 meeting reported somewhat dimmer economic projections for the U.S., estimating that GDP would grow within a more modest range of 2.3-2.7% in 2015, rather than 2.6-3.0% estimate furnished after the December 2014 meeting. The Fed estimates that inflation would remain even further below its 2% target range as well, estimating a range between 1.3% and 1.4% for 2015 and a slower liftoff into 2016 and 2017.
Unemployment, meanwhile, was estimated to fall at a more rapid pace than the committee thought it would be in December, estimating a 5-5.2% unemployment rate this year and between 4.8-5.1% in 2017.
With respect to interest rates, the FOMC chose to keep the Federal Funds Rate at the near-zero level that it has maintained for the past several years. But the meeting seemed to show an emerging consensus about when to raise interest rates and by how much.
Yellen's statement notably dropped the committee's call for "patience" in awaiting a rise in rates. Seven governors favored a 0.5% rate increase in 2015, and six preferred a 1.5% rate in 2016. Thirteen governors favored a long-term interest rate of between 3.5% and 3.75%. The December meeting showed that 15 of the 17 governors favored raising rates in 2015, a number that remained unchanged at the March meeting.
"The Committee judges that an increase in the target range for the federal funds rate remains unlikely at the April FOMC meeting," Yellen said. "The committee currently anticipates that, even after employment and inflation are near mandate-consistent levels, economic conditions may, for some time, warrant keeping the target federal funds rate below levels the committee views as normal in the longer run."


Posted by firesprinklers at 12:07 PM No comments:


The heart of the U.S. financial system got a seal of approval from the Federal Reserve Wednesday, prompting major U.S. banks to unleash a flood of dividend increases and more than $23 billion in stock buybacks on their shareholders.
In the second phase of the Fed's so-called stress tests, 29 out of 31 top lenders got the thumbs up to spend their cash on shareholders.
Within minutes of the release of the results of the tests, at least nine major banks either increased their quarterly dividends, announced new stock repurchase plans — or both. 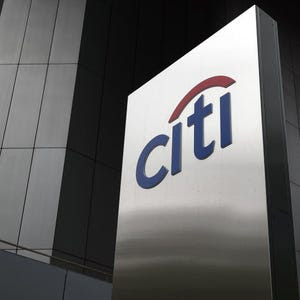 USA TODAY
Banks ready to shovel money at you again
• Citigroup (C), which flunked the Fed's stress test last year, said it will boost its quarterly dividend by 5 cents a share from one penny, and announced plans to buy back up to $7.8 billion in stock.
• JPMorgan Chase (JPM) said it will increase its quarterly dividend by 4 cents a share to 44 cents and buy back $6.4 billion of common stock.
• Morgan Stanley (MS) said it would increase its dividend by 50% to 15 cents a share and announced plans to buy back $3.1 billion shares.
• Wells Fargo (WFC) aid it plans to raise its quarterly dividend by 7% to 37.5 cents a share.
• State Street (STT)aims to boost its quarterly dividend to 34 cents from 30 cents per share pending board approval. The company also plans to to buy back up to $1.8 billion of its stock.
• Even Bank of America (BAC), which was only bank given a conditional pass by the Fed, jumped into the action and announced plans to buy back $4 billion in stock through the second quarter of 2016.
BofA said it will retain its dividend at the current rate of $0.05 per share per quarter.
The nation's second largest bank received a conditional okay for its capital spending plan on Wednesday, but must resubmit its spending plan in September due to "deficiencies" in its revenue modeling and internal controls, the Fed said. 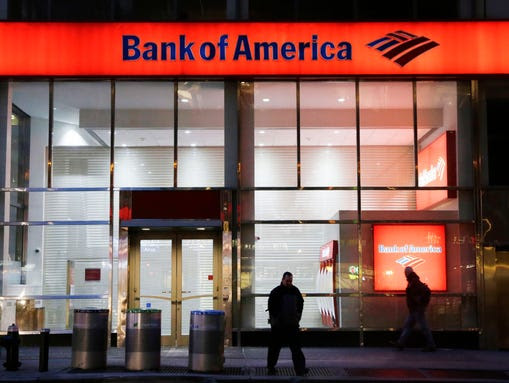 People walk past a branch of Bank of America, in New York. (Photo: Mark Lennihan, AP)
Two banks flunked the Fed's stress test this year, which comes in two parts and seeks to assess how the nation's biggest banks will fare in a severe economic recession.
The Fed rejected capital spending plans by Deutsche Bank Trust Corporation and Santander Holdings USA due to what it said were "widespread and substantial weaknesses across their capital planning processes."
It's the second year in a row that Santander Holdings, the U.S. operations of Banco Santander (SAN) of Spain, has flunked the Fed's test.
Deutsche Bank (DB), the publicly traded parent company of Deutsche Bank Trust Corporation, said the unit accounts for less than 5% of the bank's global assets. It was the unit's first time enduring the stress test, the company said in a press release.
Three banks — Goldman Sachs Group (GS), JPMorgan Chase and Morgan Stanley — were also forced to adjust their original planned capital actions following the first phase of the Fed's stress results, released last week. 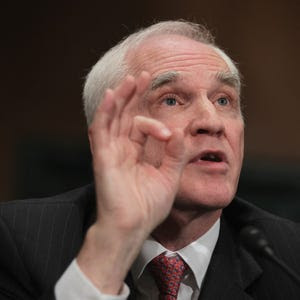 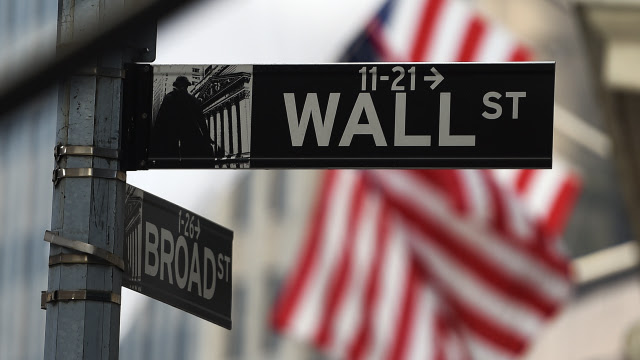 Published on Jul 15, 2014
Fed Chair Janet Yellen gave a tepid thumbs-up to the economic recovery while expressing disappointment in housing and pledging to remain vigilant over asset bubbles, in congressional testimony she delivered Tuesday.
Posted by firesprinklers at 12:58 PM No comments: